Angel tattoos help convey a spiritual or religious message, though not all angel tattoos are the same. Choose from watchful guardian angels, cute cherubs, menacing fallen angels and more. Before you tattoo yourself with an angel, however, be aware of the debate and history around tattoos in religious circles.

Angels come in all shapes and sizes, signifying different messages or beliefs.

Guardian angels are believed to be the protectors of humanity in times of crisis and are very popular tattoo designs. Quite often, guardian angels are pictured holding or standing just behind children in a watchful pose.

Guardian angels can also be depicted: 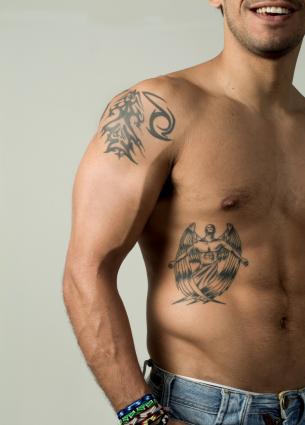 The Archangels are the royalty of all angels and considered the closest to God in the heavenly order. No archangel is more famous than God's warrior, Michael. Michael is believed to have led the battle against Lucifer in the great rebellion, casting him out of heaven himself. Michael is usually depicted in body armor, holding a large sword, with wings out swept in readiness.

Other ways to depict an archangel may include: 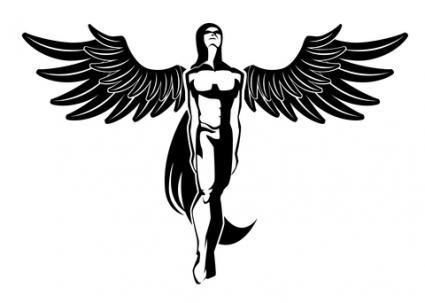 Designs to consider may include: 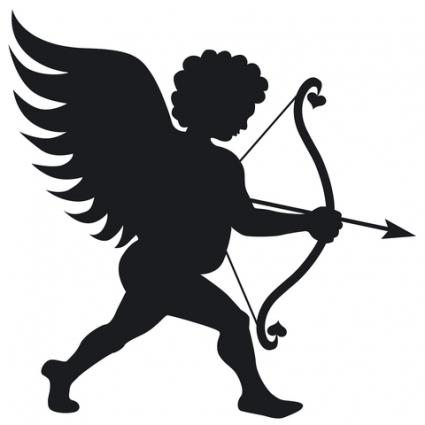 Fallen angels are symbolic of the epic battle between God and Lucifer, symbolizing a fall from Grace. When Lucifer and his army of rebellious angels were defeated and cast out of Heaven, they were said to have fallen into the fiery bowels of the earth, where they are believed to reside today in popular Judeo/Christian theism.

The typical fallen angel tattoo may include: 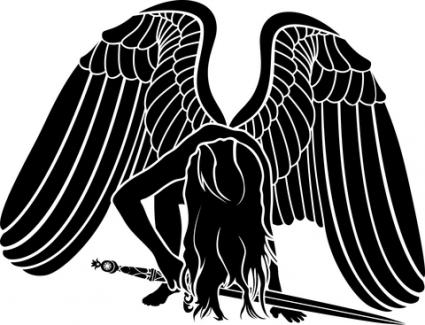 Angels can signify many things in artistic expression, from religious devotion to a personal statement about life. Adding other elements to these tattoos can individualize them, and clearly express the significance of the tattoo.

Symbols that often appear in angel tattoo designs include:

The addition of these symbols can clarify the angel's message. Musical instruments symbolize communication of messages or beauty. Doves would express peace and gentleness, while a sword would indicate protection or a warrior. Wands are a symbol of mysticism and change. 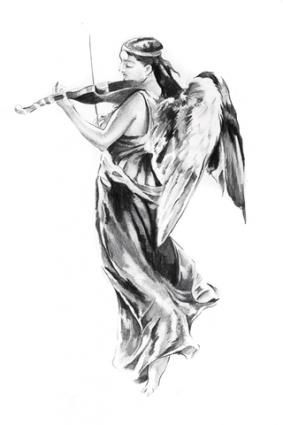 The shoulder is a popular place for men and women to get an angel tattoo; this is especially true of guardian angels. Many people also have angel wings tattooed on their shoulder blades. Other areas that angels are frequently tattooed include 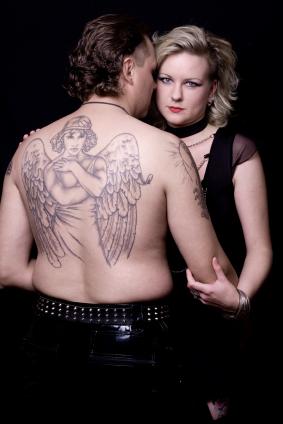 Angel tattoos are thought to reflect the wearer's personal relationship with God, so choose your design with care. With a little planning, you can create an image that will embody this relationship on your flesh.