If you think anime tattoos are just a bunch of inked cartoons, think again. Japanese anime enthusiasts do not consider anime to be on the same level as Bugs Bunny and SpongeBob Square Pants. 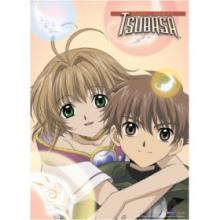 Look at anime scrolls for inspiration.

To explain exactly what anime is, we first need to discuss manga. Manga is actually the Japanese version of the comic book, a set of printed images with very stylized drawings that follow a distinct "type". Japanese anime is the animated cartoon extension of manga, brought to life through the magic of celluloid or computers.

Anime cartoons have developed a fairly wide following in the western world over the last few decades. While early offerings like Astro Boy, Kimba and Speed Racer first introduced us to the anime style of drawing, it's really been children's cartoons like Pokemon and Dragon Ball Z that have captured the western imagination and brought anime the most attention.

That said, there is a very big difference between Japanese anime and American-style cartoons. In North America and most of Europe, cartoons are viewed mainly as entertainment for children, with adults occasionally watching along. Anime on the other hand, is tailored toward audiences of all age groups. Some of the themes are quite dark and serious, others pertain to adult romance, but there is always something offered for children as well.

It's this unlimited vision of what anime can be that makes it so appealing to tat enthusiasts. It's hard to name another genre that so readily adapts for use with body ink.

The Look of Anime 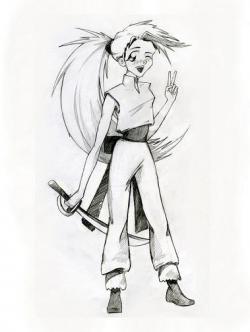 Anime figures have a distinct look.

While Western animation incorporates far too many individual styles of drawing to even begin to mention, Japanese anime is so distinct that once you've seen it you can recognize it immediately whenever you see it again.Anime characters all tend to look slightly similar. They all have the signature big eyes, slight noses and exaggerated, jagged hairdos. The women tend to have large bosoms, impossibly small waistlines and usually display a unique sense of fashion, while the male characters generally look like they could all be cousins.

Although this stereotypical view of the anime style is generally true, within this style of drawing there is still room for interpretation, and this is what keeps fans hooked to the genre.

If you're serious about anime tattoos, then there are two basic routes you can take.

First, you might decide you want a tat of your favorite anime character. Although this can turn out quite nicely if your artist is well versed in anime/manga art, it's still a bit of a risk committing to the ink. After all, today's hot anime character is tomorrow's tired has-been. What happens if you suddenly lose your fondness for the show? Unless you submit to the laser, the two of you just might have to grow old and faded together.

If after thinking it through you still decide a major character is the way to go, here are some suggestions to help you find inspiration for your anime tattoos.

If you love the look of anime tattoos, but the idea of inking yourself with a cartoon character just isn't your style, why not choose a different genre, but have it recreated in the standard anime style? It's really like looking at an image through a different type of lens.

Choose an image that you like, and find a tattoo artist willing and able to give your design the anime treatment. If you really like the way the flash turns out, then you just might be ready to commit to ink.

Keep in mind, choosing a tattoo usually works out better in the end if you pick something that has personal meaning for you. Anime shows no signs of losing steam, but it's what you do with the anime that counts.