Armband tattoos are enduringly popular. Styles like tribal and Celtic translate well to armband design. Interesting and meaningful armbands can be created in other styles, too.

Traditionally, an armband tattoo goes on the upper arm, at the widest part of the bicep. If you have well-muscled arms, a tattoo will show off the results of your efforts. If you need to hide your tats at work, an armband is easily covered by a long-sleeved shirt or even a short-sleeved top if the sleeves are generous.

Tattoos encircling the wrists are often called "cuffs." Bands can also be inked around the forearm and around the thigh or calf.

Going All the Way

You might hear that it's "bad luck" for the design to completely encircle your arm. But according to BMEzine, a tattoo and body modification web site, the superstition probably comes from the difficulty of sizing an armband design. It's easier for the artist to leave a strip of bare skin than to ensure that the two ends of your design meet perfectly. If a closed circle is important to you, be sure to talk this over with your tattooist.

Celtic styles, featuring intricately angled lines, are a popular choice for armband tattoos. They've become so common that some tattoo fans (and many people who aren't fond of tattoos) consider them a cliché. Then again, Celtic knots and traditional patterns have a long history, and the creation of a well-balanced and appealing design remains a form of art.

Celtic designs include spirals, interlacing lines, complex knots, and some animals, both real and mythical. A cross featuring traditional patterns is another popular design.

Armbands formed from the geometric shapes of Celtic designs work well because the design looks good from any angle. The style can represent your own Celtic heritage or an admiration of Celtic art and culture. 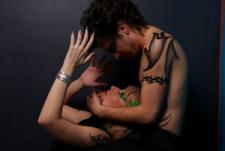 Tribal armband tattoos usually don't represent any particular culture. The designs consist of bold, solid-colored patterns, with arcing lines that have an organic feel. Based in spirit on ancient tattooing traditions from around the world, tribal-style designs often have no specific meaning of their own. Like Celtic designs, tribal shapes make good armbands because the design can be continuous, looking just as good from the side as from the front. Tribal tats have become very common, leading some enthusiasts to seek other styles.

Armband tattoos are part of traditional Hawaiian culture, but it's a recent tradition. The Hawaiian style armband, based on ancient Polynesian tattoo styles, was created in the 1970's. It appears to have begun as a "souvenir" for visitors who liked Hawaiian tattoos, and then became popular among some native Hawaiians who wanted to show pride in their culture. However, some native Hawaiians object to the style as a corruption of their culture and caution tattoo enthusiasts to make sure they understand the meaning of any design they choose. You can learn more about Polynesian tattooing at Skin Stories (at PBS.org). 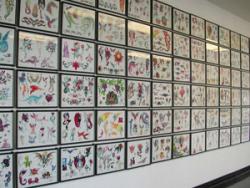 As tattoos become more and more popular, tattoo enthusiasts are mixing styles. They are gathering ideas from other cultures, and bringing their own creativity to their designs. Online tattoo galleries sometimes include clever or unusual armband tattoos. Search sites like BMEzine and you'll find stars, bands of flowers, even a wrap-around motorcycle. You'll also find tats that take advantage of the armband shape. One man has a comic strip tattooed in panels encircling his arm, while another wrapped his bicep in his favorite food - strips of bacon.

A Note on Armbands and Pain

Many people say that the outer part of the upper arm is one of the least painful places to get a tattoo. That's probably one reason why upper arm and shoulder tattoos are so popular. It's likely that most of your armband tats will come with only mild pain, but be warned: the thin skin on the inside of your arm is more sensitive. Try running your fingers lightly along the outside of your arm, and then along the softer skin underneath. You'll probably notice that the tickling sensation is much stronger on that thinner skin. People who have written about their armband tats say they had to grit their teeth when the artist tattooed that part. Check out the LoveToKnow article on controlling the pain for some ideas on how to make the experience more comfortable.