Although much of the ancient Celtic culture remains shrouded in the mists of time, Celtic tattoos have become a popular way to express cultural pride and religious symbolism. Knots, crosses, runes and shamrocks are all symbols that make great subjects for this type of tattoo. Whether you have Celtic roots, or you just love the culture, you can have your own Celtic-inspired tattoo. 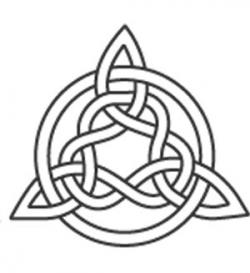 The most common Celtic inspired tattoo is the knot. Celtic knots have no beginning or end; they start at any given point and follow the loops around to the point where they started at without a single break. These patterns are thought to represent the intermingling of the spiritual and physical realms and the never ending continuity of life. As such, they are very powerful symbols. 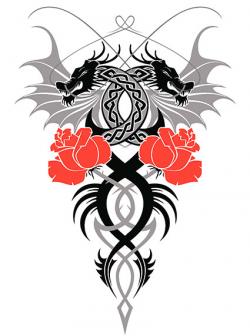 The interlace is a variation on the Celt knot theme. The knot work is still present, but instead of an uninterrupted connection, the cords of the knots begin and end in the animal's feet, tail and head, as represented by the dog, scorpion and ever popular red dragon, which is favored by those of Welsh decent.

Animal tattoo designs may include: 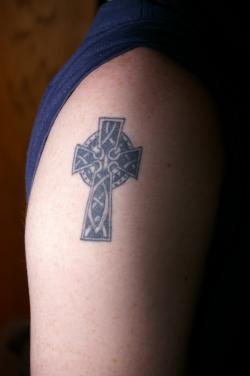 Filled with interior knot work, Celtic crosses are sported by affiliates of multiple religions and cultures. The cross itself is layered on top of a circle, which may be made entirely from a knot. 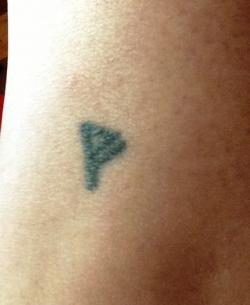 The Celts had an ancient alphabet and pictographic writing style that is popular today as a written tattoo. Celtic runes can be used to spell a word, or use a single rune to represent a word such as love, life, dream or strength. Runes are small and can be worn discreetly anywhere on the body.

Consider rune tattoo designs such as: 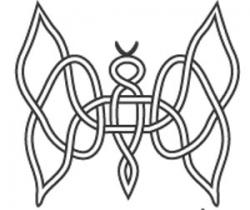 It's believed Celtic images trace their origins as far back as cave paintings. The Picts, one of the ancient peoples of the British Isles, are believed to have tattooed animal art on their bodies by puncturing their skin with hot sticks to create the patterns. Later on, a blue dye rendered from the leaves of a plant called wad was used to enhance the designs by coloring the skin.

Both beautiful and intricate, Celtic inspired tattoos are more than just a design; most express some religious significance, typically a mix of Christian and Druid beliefs that have become entwined through the centuries. Why the mix? The Celts had no written form of language and passed on all of their traditions and beliefs orally. However, when Christianity reached ancient Britain's shores, monks introduced the first written language to the culture and began incorporating Celt designs into Christian symbolism as a way to bridge the gap between Druids and Christ. Much of this incorporation is represented in The Book of Ells, a work by those same monks, which has been preserved at the library of Trinity College in Dublin, Ireland. The Celtic cross and shamrock are two prime examples of their work.

Wear Your Tattoo with Pride

Tattoos, whatever their design, have been part of the human experience for thousands of years. That band of knots around your wrist or upper arm or that butterfly on your ankle provides an unspoken connection to ancestors of many centuries past. You can wear ink to express your heritage or personal philosophy, or simply for the pure pleasure found in the artwork. One thing is certain; the art of tattooing shows no sign of fading into the mists, as much of the Celtic culture did so long ago.