A Chinese tattoo serves as a mark of cultural sophistication, a memento of exotic travels, a "collected" piece of artwork, or a word or phrase of inspiration. Body ink in China goes back millennia, so you have a wealth of choices to decide amongst - and symbolic meanings to carefully check.

Kanji is the system of Chinese picture writing that was adopted by the Japanese and is now used as a term to mean both Japanese and Chinese written characters. Kanji tattoos are almost always black and are extremely popular in the West. They are formed in both Old Character and New Character styles. Old Character is more intricate and ornate. New Character is simplified and flowing. The strokes are drawn more thickly and are very black. Don't try to make a bold design too small if you want it to be clear and legible. The edges of the ink will blur very slightly under the skin and a tiny black tattoo could wind up looking more like a blob than a symbol for courage. 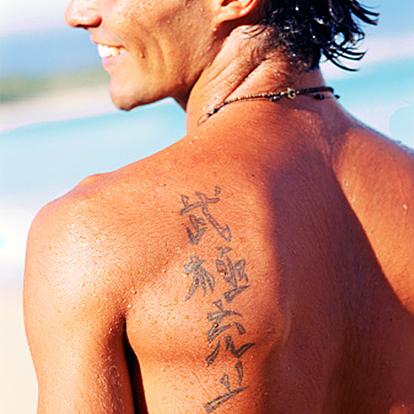 Sealed With a Chop

One unmistakable Chinese tattoo looks like a red stamp, or seal, and consists of a border encasing calligraphy that tells your name. Chops are the seals that are used to "sign" important documents, art works, literary manuscripts, and other official or government papers. Western names are "translated" phonetically into Mandarin, an imprecise science for something that can have no real translation. You can do this online or in a shop that carves chops. The stamps are often square, rectangular, oval, or round. A tattoo artist can "stamp" a permanent red chop into your skin, using either your Chinese name or a beautiful calligraphy word designed to fit and fill the form. 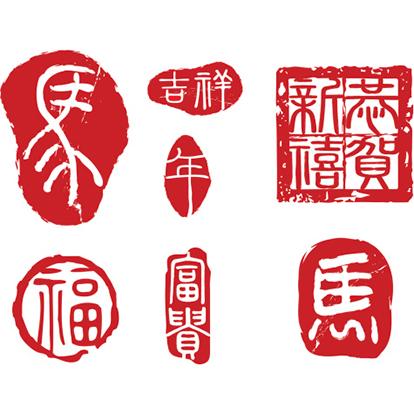 Dragons are classic and unmistakable Chinese symbols. Their skinny serpentine appearance and five toes work just as well in gray tones as they do in vivid yellows, reds, and greens. 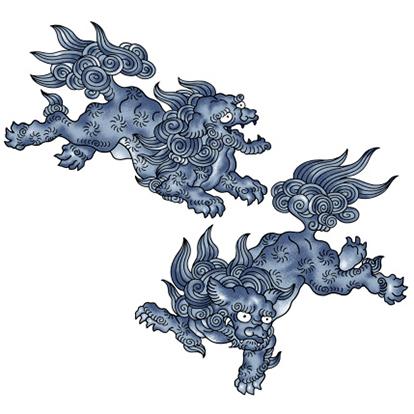 The immortal phoenix, or feng huang, signifies peace, prosperity, and rebirth. A magnificent red and orange phoenix bursting into flames is a stunning centerpiece in a full-back tattoo of Chinese mythology. A golden phoenix on the breastbone, just below the clavicle, is like a permanent necklace. 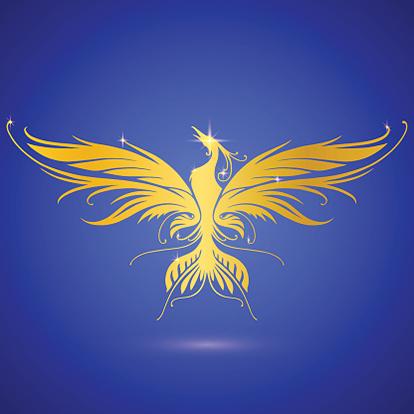 Lions, or shizi, also known as foo dogs, are depicted as unusual, dog-like creatures in Chinese art because, like the dragon and phoenix, there were never actual lions in China. The lion-like foo dog is a guardian spirit of protection, once reserved for high officials and the wealthy. Today, the lucky symbol scares away evil spirits and brings good fortune when positioned at the entrance of a home or business - or on a bicep, ribcage, back, or calf. 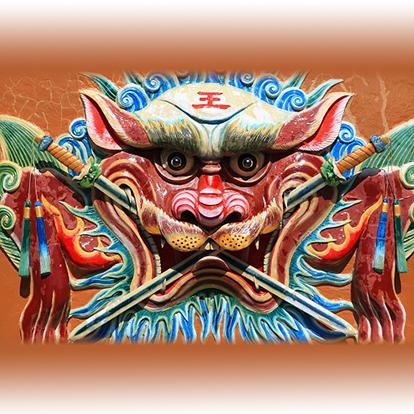 Carp, or koi, are the scaly curved fish with whiskers that gracefully swim up a leg, arm, or across the back. The koi is as popular of an icon in Japanese culture as it is in China. It is a symbol that comes from an ancient legend and signifies that the wearer has overcome adversity. The Chinese tale is that the fish swam against the current, up the entire Yellow River to the Dragon Gate, where it became a powerful dragon. Show your perseverance and power with a koi tattoo either by itself or worked into an elaborate scene. Different color koi can also have different meanings, so there is plenty of room to truly personalize this tattoo. 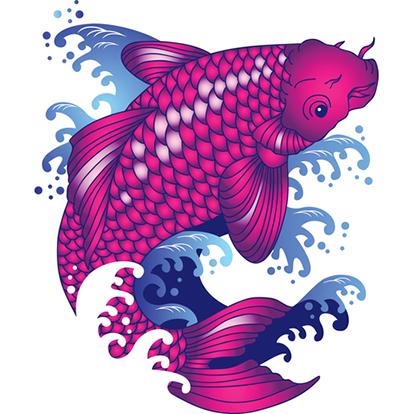 Chinese astrology provides a mother lode of images that can be turned into colorful and personal tattoos. There is a representative animal for each year of a 12-year cycle. Whether you were born in the year of the rat, the ox, the horse, or the rabbit, a tiny, all-black line drawing of your sign on a finger or below an ankle - or even a full technicolor sleeve - will advertise your connection to one of the twelve zodiac animals and reveal characteristics about your personality. 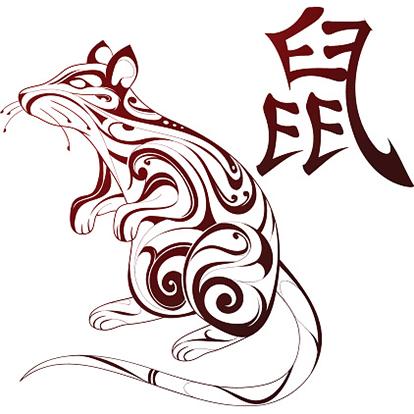 Chinese Buddhism (Chan or Zen) dates to the Han dynasty and was strongly influenced by Taoism. A classic black and white Taoist yin yang symbol is a great small embellishment for a wrist or behind an ear.

Tattoos designed to look like brush-and-ink strokes depict the delicate beauty of Chinese brush painting. Stylized calligraphy, just abstract enough to look like a yin yang or like two classic curved koi forming the Taoist symbol, is quite dramatic when set on the outside of a calf, a shoulder, shoulder blade, or the back of the neck. 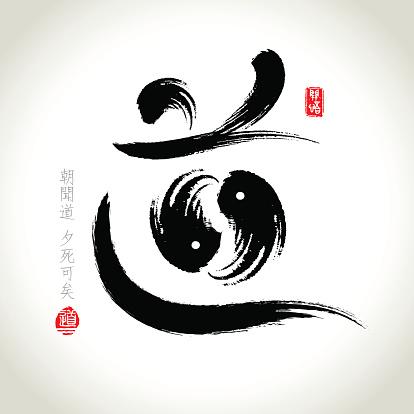 A meditating Buddha adds a spiritual element to your body art. A full-color illustration of a Buddhist figure surrounded by avatars, symbols, waving lotuses, or mythical animals is a major investment of time and capital, requiring multiple tattoo sessions over many months. A smaller option might be a black and white figure on your arm or calf. Do not have Buddhist icons tattooed on your feet, however, as that is a gesture of disrespect. 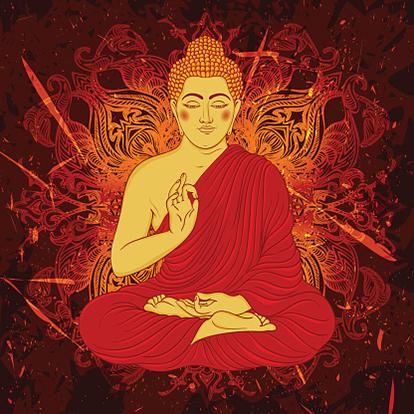 Like everything else in China, the art of tattooing goes back thousands of years, with its own collection of fables and history. Until recently, the general population viewed tattooing as an artifact of the lower or criminal classes. Isolated Chinese minorities, such as the Dulong and Dai tribes and the indigenous Li people of Hainan Island, employed tattoos for protection and to signify rites of passage. But China's emergence and exposure to global culture led to more casual, widespread acceptance. Contemporary Chinese tattoos celebrate rich culture and distinctive art with cool graphic designs that are layered in meaning.