A tattoo used to be forever, but with more methods of tattoo removal becoming available, that has changed. Dermabrasion is one of the more popular methods for tattoo removal, and while it's not painful, other than laser removal, is the most available.

Why Remove a Tattoo

According to The American Academy of Dermatology, a study reported in their September 2006 edition stated that one in four people, or more roughly 17%, with tattoos had considered having them removed at one point or another. Reasons for tattoo removal vary from person to person. Some were worried about the effect of their tattoos on their chances of employment, others had developed allergic reactions after the tattoo had been applied, and others were for cosmetic reasons as their tattoos had faded or stretched over time. In some cases, prison tattoos and gang tattoos were regretted, and their owners no longer wanted the associations. Whatever the reason, tattoo removal is an option in these cases.

How Does Dermabrasion Work

Dermabrasion involves the process of sloughing away the top layers of skin to remove the pigment and skin affected and encourage new skin to grow. It can be done with sandpaper, caustic acids or salt, this is sometimes called salabrasion, or a rapidly rotating brush. Local anesthetic is generally applied before the skin is abraded, and it may take several days to heal and feel better. It is not recommended for tattoos on faces, tattoos that may have ink injected into the subcutaneous fat (which occurs with tattoos given by non-professionals), or older tattoos as their pigments may have migrated deeper into the skin and are often harder to rub off.

On professionally applied tattoos, the odds of success are high. It may not always remove all of the ink from the tattoo, but if your doctor tells you that you're a candidate for dermabrasion, chances are your tattoo removal will be a success. 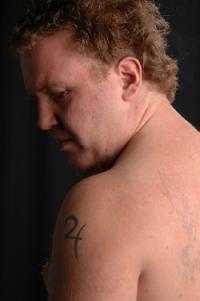 Tattoo during the removal process

If you fall into the category of wanting a tattoo removed, consider contacting a dermatologist to discuss your options. The American Academy of Dermatology can help you find a dermatologist in your area, if you're interested in dermabrasion or any other type of tattoo removal. While your ink may have once been considered permanent, it doesn't have to be. Check into your options today to learn more about dermabrasion and the process of tattoo removal.