What do dove tattoos mean to you?

Tell the truth. Can you look at a dove tattoo and only see a bird, or do certain preconceived notions immediately come to mind? If they do, it's no surprise. Doves seem to hold a very special status amongst their feathered friends.

How many people do you see sporting parakeet tattoos? Probably not many. Robin tattoos? Perhaps just slightly more. Sparrows and Bluebirds are actually popular tats because they do convey certain meanings. However, no avian tattoo rivals the popularity of dove tattoos, and this is most likely due not only to these birds' natural grace and beauty, but to the enormous amount of symbolism attached to them.

As a Religious Symbol 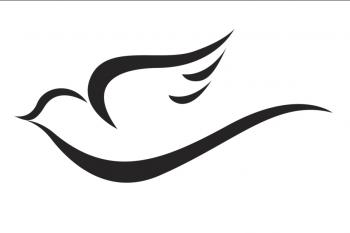 The dove holds great significance in Christian religions, and so many dove tattoos are initially viewed as symbols of a person's religious beliefs.Doves are used to represent the Holy Spirit, the third component of the Christian trinity. As such, the dove makes an appearance throughout the Bible and a lot of Christian oriented art. There's the ever popular dove that brought the twig to Noah, signifying an end to the great flood. Dove imagery also includes a dove descending toward Jesus as John the Baptist baptises him. Some imagery even includes doves descending on the apostles along with the tongues of fire at Pentecost.

In ancient Jewish tradition, the dove was seen as a "clean" animal, worthy of sacrifice to God.

As a Symbol of Peace and Hope

It may be more of an extension of the religious symbolism, but doves are even more widely seen as a symbol of peace and hope for the future. The nice thing about this is that you don't have to hold any particular religious beliefs to make use of dove tattoos in this way. At their finest, these tats are gestures of goodwill, and as such, just about anyone can wear them. 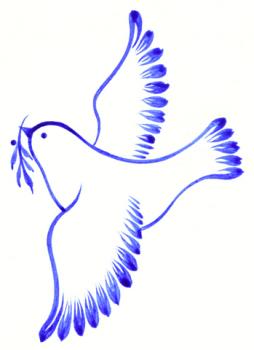 The Celts and other ancient peoples believed doves as well as other birds were messengers bringing omens of good or evil about to happen. The Japanese people once interpreted the dove as a messenger from the God of War, carrying a sword to announce the end of a battle.The imagery of the dove carrying the olive branch can also be viewed as messenger symbolism.

As a Symbol of New Life

We used to throw rice at weddings to wish the bride and groom luck and prosperity in their new life together. Now we release doves and watch them circle as they orient themselves for the flight back home.In this instance, matching his and her dove tattoos can be a great way to cement the bonds of matrimony as well as mark the auspicious date of the event.

As a Symbol of the Afterlife

Whether or not you ascribe to a particular religion, many of us still have some belief in an afterlife that involves the human soul. To some, a white dove tattoo can be symbolic of a soul freed from its physical shell and soaring on to its destiny, whatever that may be.

Although many people choose to have their dove tattoos inked as black line drawings, the importance of the doves being white and therefore a carrying a certain sense of purity is hard to ignore. For this reason, many tat enthusiasts go the distance and have their designs filled in with white ink.White ink is actually a little tricky to use, because it takes so much of it to show up against a variety of skin tones. Unless your artist is familiar working with this color, you could wind up with some scarring due to the extra needlework required to deliver good coverage.