While it seems that far more male than female celebrities have taken the tattoo plunge, Drew Barrymore's tattoos show that women like their ink too!

Drew Barrymore started acting at 11 months old, but she really gained her popularity at age six when she was cast in the movie E.T.. Drew had a few good years of acting, but then fell into drinking, drugs and smoking, all by the age of 12. She lost most of her popularity and jobs and did not come back into the public eye in a big way until she posed nude for Playboy in 1995.

In 1996, more roles started coming Drew's way, and her popularity once again soared. By 2004, she received a star on the Hollywood Walk of Fame, and by 2007 she was commanding the second highest salary of any female actor in Hollywood.

Drew has a reported nine tattoos on her body currently - but she does not rule out the possibility of getting more. While most people know about five of her tattoos, one of them is a name tattoo that is not often talked of - it is the name of her former boyfriend James Walters, underneath a guardian angel.

Nevertheless, nine tattoos were enough to get Drew a number three ranki on Vanishing Tattoo's list of the top 10 women with tats. 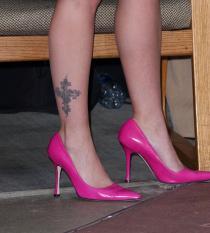 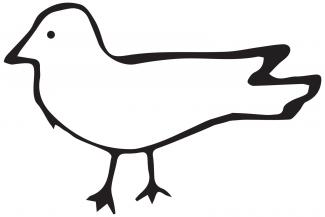 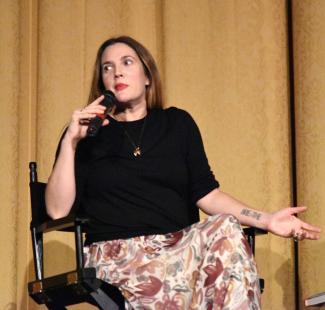 Drew Barrymore's tats are considered incredibly sexy by most people, who enjoy looking at them - especially when she's not clothed as in her Playboy spread. If you want to get a tattoo that's going to drive others wild, you can definitely take a tip or two from Drew. Location is extremely important; people tend to find tattoos that are on very womanly places, such as the hip, lower back, thigh or breast, to be very sexy. Another thing to consider is subject matter - a tattoo can be in the sexiest place possible, but if it is an image of a skull, bloody dagger or something else unappealing, it may not be that much of a sexy draw. 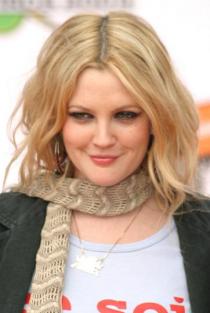 Get tat inspiration from Drew Barrymore.

Drew Barrymore's tattoos are unique in the fact that none of them use colored ink. All of her tats are done in a very stark, black style, with grey shading. If you want to achieve the same effect, be sure to get your tattoos done without any color shading, and have them done in a dark black tribal ink.