Egyptian hieroglyphics tattoos are intriguing designs that garner second glances from people who wonder what they mean. There are a couple of ways to express yourself with the ancient Egyptian writing system.

Hieroglyphics make up one of the world's oldest writing systems, and they are still considered aesthetically pleasing and intriguing today. They carry a certain air of mystery. Even a simple name would make an interesting tattoo. Just as hieroglyphics have kept scientists busy for centuries trying to unravel their riddles, you'll make people wonder about the secret meaning of your tattoo.

You can express yourself with Egyptian hieroglyphics tattoos by choosing the symbols and going for phonetic or logogram interpretations, adding color, deciding from which direction the tattoo should be read, and integrating symbols into larger tattoos. There are myriad possibilities.

There are two types of Egyptian hieroglyphics that can be used in tattoos:

When you use pictures in your hieroglyphics tattoos, you can write them from left to right, right to left or vertically. Just make sure they're facing the proper direction if you want them read right to left.

Tattoos featuring hieroglyphics are often done in just in black. That makes them an inexpensive choice, especially if you just want a small symbol or two. However, you may find that you want to add color accents that further personalize your tattoo choice.

While it may be difficult to get an exact translation for your tattoo idea due to language differences, you can get close meanings.

While it's easy to make a tattoo featuring Egyptian hieroglyphics your very own, it never hurts to look at images of other tattoos or designs to get ideas. 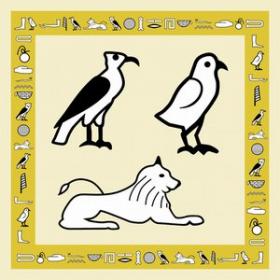