So many people are interested in firefighter tattoos that they have their own realm on the Internet, where multiple web sites collect photos of these tattoos. They're a way for firefighters and their loved ones to honor commitment and bravery.

Firefighters are some of the bravest professionals out there. They regularly risk their lives to save others. Their tattoos tend to reflect their passion for their work as well as a sense of life lived on the edge.

Elements of firefighter tattoos include:

Firefighter tattoos often feature St. Florian, the patron saint of firefighters. He was a Roman army officer who was sentenced to death for his Christian beliefs. His heroic acts included refusing to burn Christian books and churches. Legend says that the soldiers who captured him threatened to burn him alive. He responded, "I will climb to heaven on the flames." Another story says that he stopped a major fire with a single bucket of water. 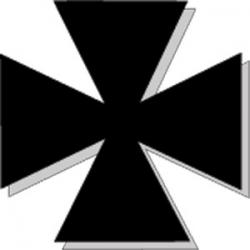 Many fire department shields feature the Maltese cross. This special cross is said to be a Christian symbol used during the Crusades by an especially brave band of knights. According to the New York City Fire Department, these knights faced down an attack by fire, with many men risking their lives to save their comrades. Today, the cross is a symbol of loyalty and bravery.

Pin-Ups and Other Fun Tattoos

A fun tattoo can be a way for firefighters to throw off the stress of battling blazes. Pin-up girls bring saucy sexiness to the danger of fighting fires. These beauties often pair fire helmets with lingerie or wear their gear in decidedly non-professional ways.Cartoon characters are another lighthearted choice. Tigger, Yosemite Sam, even Homer Simpson dress up in firefighting gear in these tattoos.

Some of the most complex tattoos show firefighters going about their work. Men and women are pictured carrying hoses into burning buildings or wielding axes through walls of flame. You'll also see images of rescue, often a firefighter cradling a child.

Skulls are not uncommon in the tattoos firefighters choose. You'll see skulls wearing fire hats and full skeletons decked out in protective gear. Surrounded by fire, these macabre spirits act as a defiance of danger. They also show that firefighters know the risks but are willing to take them.

Unfortunately, firefighters do sometimes die in the line of duty. Their colleagues remember them with honor, and that may include getting a memorial tattoo.

These memorials range from portraits to images of favorite hobbies to religious symbols. Lettering offers a prayer, a set of dates, or a simple "In Memoriam."

Where to Look for Firefighter Tattoos