Grim Reaper tattoos remind us all that our time on this plane is limited.

Legend of the Grim Reaper

The legend of the Grim Reaper appears to be a universal one. Stories and reports of this spectral figure, also simply referred to as "Death", span the globe.

The Grim Reaper, as legend has it, is the collector of human souls. He, she or it, as the case may be, comes to meet an individual at the moment of death, and uses a great scythe to separate the soul from its physical body. The Reaper then ushers the freshly cleaved soul to its final destination, and moves on to his next appointment. 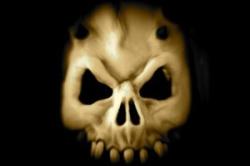 Although the Grim Reaper is portrayed in various ways, he is most often depicted as a hooded figure draped in a long black cloak, holding a wicked looking scythe on a tall pole. Sometimes he rides a pale horse, sometimes he glides into the scene almost as if he has no legs at all.

The figure beneath the cloak has been described variously as:

Most often, Death claims his victims with his infamous scythe, but in some versions of the legend, he can separate the soul from its flesh with a mere touch of his chilly hand.

Is the Reaper good or evil, or is he simply performing his eternal task with neutrality toward all?In some versions of the legend, Death is the minion of Satan, come to collect only those damned to the eternal flames. In other versions, the Reaper is a kindly figure that comes to release people from their suffering.

Sometimes Death is portrayed as the "Eternal Judge" weighing a soul's good deeds against the bad, and sentencing the soul accordingly.

With such an awesome connection to the afterlife, you may wonder why anyone would care to have Grim Reaper tattoos at all, but this is precisely why the figure is so appealing to many tat enthusiasts.Although many of us would rather push death out of our minds, others choose to embrace the idea of their mortality. For them, Death is a figure to be respected; it's a figure they believe they'll meet eventually.

For some people, their Grim Reaper tattoos remind them that life is all too short, so better to live every day to the fullest before the clock winds down. 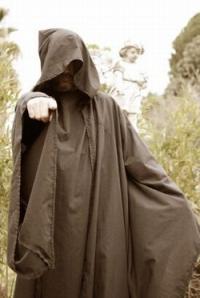 There are just so many ways to immortalize the "Great Mortalizer" in ink, it's nearly impossible for imaginative tattoo artists to run out of ways to depict him. Here are a few design suggestions:

Is the Reaper Appealing to You?

If the thousands of stories and anecdotes are any indication, the Grim Reaper is certainly a compelling figure. However, not everyone appreciates the figure or his occupation.

If you're thinking about getting a Reaper tattoo of your own, you might want to consider how your body art may be received by the significant people in your life. Although the decision to get a tattoo is usually a very personal one, this particular figure may strike a nerve with family, friends and employers. Whether this is a reason to get one or avoid one is strictly up to you.