Hawaiian tattoos are rich in both beauty and meaning. 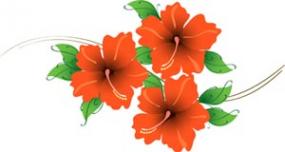 It's no coincidence that the word "tattoo" is of Polynesian origin. In fact, it's believed that the Western world wasn't even introduced to this ancient art form until Captain James Cook made his famous journey through what are now known as the Hawaiian Islands.The tattooing process itself in those days was quite crude by today's modern standards, and like many other ancient cultures, Hawaiian tattoos were created using various items as needles, including fish bones, claws, and even bird beaks. The Hawaiians seemed to prefer making multiple pierces to the skin with a single blow, since many of the ancient tattoo piercing implements that have been recovered have split tips at the end, or have several "needles" set into a single handle.

Although it's believed that there were no restrictions about who could wear tattoos based on gender, social standing, or otherwise, it seems that the greater an individual's wealth, the more tattoos they had, so having many tattoos probably signaled higher status within the community.

At the other end of the spectrum, convicted criminals and defeated warriors were often given tattoos to proclaim the dishonor to the rest of society.

Some types of Hawaiian tattoos convey a certain religious significance for the bearer. The Hawaiian culture was, and to some extent still is, polytheistic, meaning they worshiped multiple Gods. Many Hawaiians would choose a personal God in much the same way Christian practitioners might choose a patron saint. A symbolic image of this God would then be tattooed onto the worshiper as a sign of devotion. In fact, there's a myth that it was actually the sons of the Gods who taught the art of tattoo to mankind.

Such tattoos were never created without proper homage to ritual, and so were usually included as part of a religious ceremony where the God in question would be asked for his or her blessing. This was thought to instill the tattoo with a sort of magical power to act as an amulet against evil and other dangers. It's interesting to note that a belief in these religious rituals/practices still survives to this day.

Early Hawaiian tattoos were mainly geometric figures, often linked around the arms, neck, and ankles like tribal bands, but after contact with the western world, these simple tattoos were escalated into much more detailed designs. Today, there are many styles of tattoos under the Hawaiian umbrella, and all are immensely popular.

If you've decided that a Hawaiian-style tattoo is the design for you, take some time to find an image that you really like, and think about the symbolism that may be involved. Then take your image to your tattoo artist and let him/her give you some ideas about customizing it to create a one-of-a-kind tattoo just for you.Mahalo!