Japanese water tattoos encompass a wide variety of designs and colors. There is more than one Japanese symbol indicative of water, and for some people the Japanese artistic style is what they want instead of a specific symbol.

Written Japanese has a diverse number of symbols which can indicate water. Specific examples of water-related symbols or characters within Japanese include:

Many Westerners find Japanese symbols to be artistic and exotic. For this reason, even the most mundane meaning for a Japanese symbol related to water may still seem impressive to people who do not read Japanese. If you want a specific symbol, then you should take the time to research what the symbol you want looks like. You don't want to go into a tattoo studio and request Japanese water tattoos and wind up with symbols referencing rain when you actually wanted symbols for waves.

Be cautious when requesting a symbol or character from any language with which you are not personally familiar. Stories abound of unknowing tattoo patrons receiving permanent symbols on their bodies which were not actually symbols for words they requested. Some stories tell of people receiving symbols which were actually indicative of insults or derogatory terms. Whether these stories are true or not, it is best to know exactly what the symbol looks like before walking into the tattoo studio; otherwise you may wind up with something completely different than what you wanted. 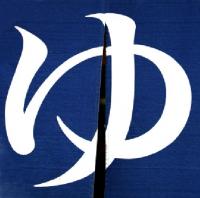 Japanese water tattoos do not always comprise of symbols or characters. Some people find Japanese art appealing, so when the time comes to get a tattoo they want something done in a style similar to Japanese art. This art has a distinctive flair which can translate well to a tattoo. The flourish with which water - in waves or otherwise - is drawn within Japanese art easily complements dragons, tigers, zodiac symbols, and other common tattoo images.

Tattoos which encompass Japanese styles of art and water images can be quite beautiful and do not have to be a specific color. Water does not have to be blue, since green, red, or any other color of water works well with this particular genre of artistic tattoos. 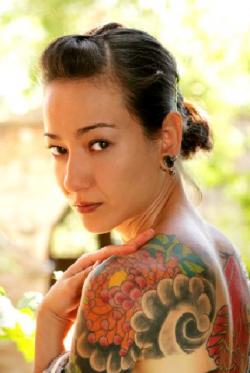 There are plenty of other symbols referencing water within the realm of Japanese culture and art. Some examples include:

The symbol or design you choose depends largely on the image you are attempting to portray. Since the Japanese culture is one that is driven by customs and symbolism you may want to research the meaning behind each symbol prior to getting your tattoo. While some water symbols symbolize cleansing and purity, others can indicate death and destruction.

If you are not concerned about the deeper meaning behind a tattoo, and just want to get it because you like the way it looks, then perhaps you should still take the time to research the meaning of the image so you will not be surprised when someone well-versed in Japanese culture sparks up a conversation about the meaning behind your tattoo.

Small Japanese water symbols can go just about anywhere on the body. Popular choices for body placement include:

Japanese water art which is accompanied by more complicated and ornate designs are often part of a larger body mural. Some people have water tattoos with other designs covering their entire shoulder, back, leg, or other parts of the body.

Where you place your tattoo depends on whether or not you would like it visible to the general public. If you do not want everyone to get a look at your water tattoo then a good choice is to place the tattoo somewhere on your body which is usually covered when you are wearing clothing.