Many celebrities have tattoos, but not all of them can say that they have forums, blogs and Internet sites dedicated to just their ink but Kiefer Sutherland's work has been the subject of just these things.

Being an individual of deep spiritual values; the tattoos that Kiefer Sutherland gets have a very strong meaning behind them. He keeps many of his tattoos hidden, along with their meanings, so we are left to interpret them. He has given the occasional interview (as with Inside the Actor's Studio or on YouTube) talking about a couple of them.

Icelandic Runes: While on tour with Rocco Deluca & The Burden he received a tattoo in Icelandic runes that means: "I Trust You to Kill Me". The phrase, as he explains, is a way for him to remember and accept that people are coming after him and there is nothing he can do about it and he will continue to do what he does, the way he feels is right. He has it inked in pure black on the inside of his right forearm.

I Trust You To Kill Me

Barbed Wire Band: Inked on his left bicep is a simple band of bardbed wire. The meaning of the barbed wire tattoo varies. Many get it as a way to remind them that life is not always filled with happiness; that pain can happen and that even roses, beautiful as they are, still have thorns. The tattoo has since been modified to be ivy thistle.

The Virgin Mary: On his inner left forearm is a tattoo of the Virgin Mary whom can represent several things depending on the faith of the individual. She can stand for truth and sacrament and ones devotion to their beliefs as a Catholic. The Virgin Mary in his case is known as Our Lady of Guadalupe and represents his neighborhood which is mostly Hispanic. This piece of ink was originally supposed to be a temporary tattoo for the show 24, but he decided to get it traditionally inked.

Celtic Crest Band: The right bicep has another band made up of Scottish heather and a crest. The tattoo is to represent the Sutherland Clan in Scotland. The tattoo was modified slightly from a Maori Tribal band tattoo he had gotten while in New Zealand.

Chinese Character: Kiefer's love for ink almost never happened, as he was originally going to get a Mickey Mouse tattoo with the beloved character wearing a space helmet. If that would have been the case, then that may have been the end of it. Instead, he chose a piece of flash of a Chinese character that meant something: strength. The tattoo appears on his right shoulder above the crest and sword tattoos. 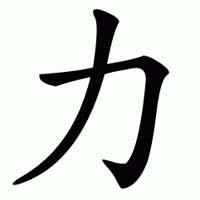 Sword: Below the symbol for strength is a simple sword pointing down. The sword can mean anything form strength and power to change of self.

Kiefer Sutherland has several more tattoos that aren't easily recognizable or readily explained, even celebrities are allowed a few secrets.

There are many fans, but few as rabid as those that follow the career of Kiefer Sutherland. Many have gone to great lengths to get photographs and autographs with the actor and some have even gone to great lengths and received tattoos of him on their bodies. From true likenesses of him to the characters he portrays, there isn't a lack of possible material for a good tattoo artist.