Lion tattoos have two primary meanings - one is a simple appreciation of a beautiful animal; and a second is an image of fierceness, pride, and strength.

Your lion's pose will say a lot about the thought behind your tattoo.

If you're going to get a lion tattoo, you'll want to make sure you have your big cat looking right. Lion cubs are often spotted, and young adults may still have some spots on legs and belly. Adult lions are usually uniform in color, except for a tuft of dark fur on the tips of their tails. Manes may also be shaded a darker color than the rest of the body. 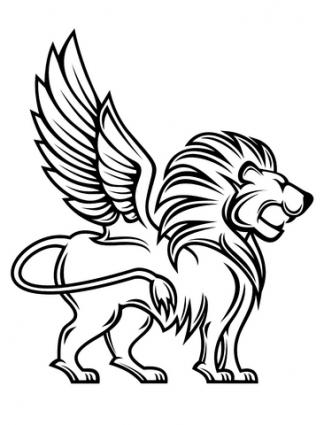 Male lions are the ones with the magnificent manes. They are larger than females, weighing up to 500 lbs. Adult males are about four feet tall and five to eight feet long, with a three foot long tail. Males generally protect the territory and their mates, help look after the cubs, and also bring down large prey.Females have smooth, sleek, short fur on their heads which matches the rest of their bodies. Smaller than males, they weigh in at up to 400 pounds and are about 3.5 feet tall, measuring up to about six feet long. Females do much of the hunting, sharing the catch with the males in their group.

Some tattoos feature the big cat on the hunt. Realistic prey includes large animals like antelopes, zebras, and wildebeests, as well as smaller creatures like rabbits and birds. Lions will occasionally bring down giraffes and buffalo. In some areas, lions even hunt elephants, hippos, or crocodiles. They will also eat carrion (animals that are already dead), sometimes fighting off hyenas and other animals to get to their meal.

These big cats catch their prey by stalking, quietly approaching an animal and then, with a burst of speed, running and leaping to bring the animal down. They aim to kill the animal with a bite to the neck or throat. The leaping lion is a popular choice for a lion tattoo.

It might be tempting to place your lion in a wild jungle, but think again. Lions prefer savannahs and are not found in the jungle or the desert. They do climb trees and can be seen resting on tree limbs.Lions live in sub-Saharan of Africa and a small part of India, so lion tattoos are good choices for people who feel connected to those lands. Years ago, lions also roamed through all of Africa and were also found in Europe, southern Asia, and wider areas of India. 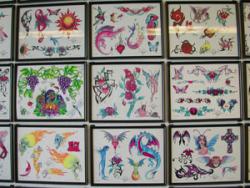 Lions are so popular, you can find many examples just by looking on Google Images. Here are a few other places with photos:

Designing your own tattoo is a good way to get exactly what you want. The best tattoos have the shape and spirit of a real lion, even if the tattoo itself is an abstract or fantastic design. You'll find photos of real-life lions at: