Mexican prison tattoos speak a language of their own, and the tale they tell is one of violence and survival.

Like other prison tattoos, tats of the Mexican prison variety are a kind of language in their own right. The designs tell a story from the life of the person wearing them, and when you learn what they mean you can read them like a book.The three major things you can learn are:

Mexican prison tats aren't strictly created in prison. Many times an individual begins getting inked when he joins a gang. The initial tats show membership in a particular gang, and the tats just keep coming as the person's criminal career unfolds. When that person eventually winds up in jail, he already has an affiliation in place that will afford him some protection against other inmates.

If a person isn't already inked when he enters a Mexican prison, chances are he will be by the time he comes out- if he makes it out at all. One of the first decisions a fresh inmate makes is which gang he is going to join for protection. Once the choice is made, the cycle spirals from there.

In most cases, you're not going to walk into a legitimate tattoo parlor and ask for the latest Mexican prison or gang design. These tats are usually created underground, either homemade by the gang members themselves, or done covertly in prison.The methods used to create these tats have nothing to do with the sterile conditions found in your better tattoo shops. They are often done in a very primitive manner by taking a needle that's been dipped in the ink of a ball point pen and tapping it into the skin. Other times the tats are created using a crude machine made with a small motor, a piece of guitar string, a battery, a hollow pen and ink.

The Mexican Mafia is one of the most pervasive gangs in the Mexican prison system. The main identification tattoo for this gang depicts an eagle holding a snake in its mouth, often perched on top of the letters E.M.E. Other designs include a black hand sometimes holding the logo M.M. or E.M.E.

La Nuestra Familia is the chief rival of the Mexican Mafia. Their gang identification tattoo is a sombrero laid over a machete covered in blood. The initials N.F. or N.S. done in very ornate lettering also signify membership in this gang. 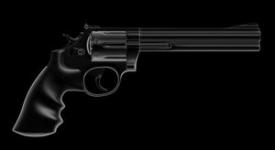 A Mexican gang member sporting a tattoo of a gun generally means he carries one. The position of the gun gives more specific information.

Dot tattoos are often placed in a less conspicuous area, such as in the slight webbing between the fingers, or on the wrists and elbows. Occasionally, cigarette burns are used in place of tattoos and generally hold the same meanings. They're still usually placed in an area that can be concealed when necessary.

There are a lot of symbols used to indicate time served in prison.

Think Before You Ink

Before you get any Mexican prison tattoos or gang symbols, think about it very carefully. Plenty of people know what these tats mean, and they're going to assume you're good for the message your ink is putting out. That could lead to a dangerous situation.

Tats aren't easy to get rid of, and if you're on the wrong path now, that may not always be the case. Do you really want to become a permanent advertisement of your past? Just think about it.