Whenever we sit down to watch a flick we always see some actor sporting famed movie tattoos, but are these movie tattoos real or temporary tattoos? The answer to that question depends on the actor and the movie.

What are Movie Tattoos and how are They Created

Tattooing is an awesome form of art that has been growing in popularity to an actual fine art. Hollywood is known for making some of the most high quality movies in the world that grosses in the billions annually, despite the fact that they turn out less than a quarter of some of the other film producing countries. Hollywood not only perfected the art of making movies but also perfected the art of makeup design. Movie tattoos are temporary tattoos of such a high-quality it is nearly impossible to spot a fake as in the movie Wanted with Angelina Jolie, where she had movie tattoos next to her real ones and there was little difference.

Many actors don't like to mark their bodies up with tattoos because to some it can make them less marketable. Sometimes a role can call for an actor to have a tattoo. They won't go out and get ink just to get a part, and so enters the art of Hollywood tattooing which has served some actors very well like Wesley Snipes, Jim Carrey, Vin Diesel and Angelina Jolie.

In the early days of film, tattoos were applied with stage makeup and set like you would normal makeup. These tattoos would be prone to smudging and running. In the 70's, an alcohol-based skin paint was invented and it was applied laboriously by hand, but the effects were more realistic than standard makeup grease paint and was water and sweat proof. The alcohol-based tattoo had to be touched up every day and due to the process, it could take multiple artists hours and hours to apply an actor with multiple pieces.

This art form of movie tattoos needed a breakthrough and it got it in the 90's. The film Pearl Harbor required many extras to be supplied with wounds, under normal circumstances each person would need to be done and this just was not cost or time effective. A transfer was able to be created that was very low maintenance and could last for up to a week. Think of these types of tattoos as a sort of high-tech Cracker Jack tattoo. This form of tattoo creation was seen on the film XXX with Vin Diesel and is in high-demand as an actor could be outfitted from head to toe in a matter of hours.

Some Movie Tattoos and the Stars that Wore Them

This movie was based off a very popular video game and was met with warm reviews. Despite all that the tattoo in the game spawned a new trend in tattooing by making it popular to have a barcode tattooed on the back of your head (and other places). 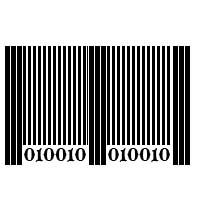 Tattoos from the Movie Blade

The movie Blade starred Wesley Snipes as the half-vampire, half-human fighting machine bent on ridding the world of vampires. The movie featured many fake tattoos that were represented each of the vampire "tribes". The tattoos appeared on the underside of the wrist and sometimes on the back of the neck.

Blade himself was decked out with one tremendous tribal piece that covered nearly his entire back and crawled up over his shoulder, behind his neck and ears and around his throat. This is one of the more impressive movie tattoos found today.

From Dusk Till Dawn Tattoos

This film is one of the most searched on for tattoos in a movie due to the huge tattoo that George Clooney had painted on him. It was a large tribal dragon tattoo that spread his entire arm and around his neck. The tattoo itself is barely seen except from under Clooney's shirt until the last bits of the movie when you get to see more. He is also sporting several other tattoos on his chest and neck including a sea horse.

Set in the future where England is nearly a pile rubble and dragons roam free the movie features a much ripped Mathew McConaughey sporting a rather large full chest tribal of a dragon which spread over his arms as well.

Keanu Reeves plays John Constantine - a man with the ability to see demons and to send them back to where they came. In the film he sports one tattoo on either forearm that forms one tattoo when connected. This tattoo is unique to this movie and is not found in the graphic novel. 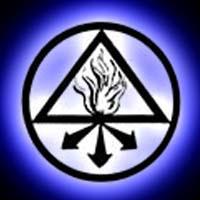 There aren't many seen fake tattoos in Ocean's 11 other than the one on Brad Pitt's hand. The tattoo is something of a tribal nature but is never full seen by the audience and the artist was never credited nor was the tattoo ever referenced.

This movie represents one of Robert Deniro's most disturbing performances of his career. His body also featured some very impressive fake tattoos for the movie including broken hearts and knives but also featured over the top bible verse tattoos geared toward revenge.