Long used as an image for protection and guidance through life, nautical star tattoos mean different things to different people. These vibrant tattoos are as eye-catching as they are personal to the wearers. Display yours proudly as a nod to a long-standing tradition.

Rather than having a flat, or two-dimensional image, this star has two colors per point, which creates a subtle, 3D image. There are some variations on the nautical star design, any of which can be used without changing the original meaning.

A nautical star with six points is worn by people for whom religion plays a large role in life. The six-pointed star is reminiscent of the Star of David, as well as some pagan designs.

Eight-pointed nautical stars are also attributed to religious beliefs. In this design, the eight points represent the design of the San Juan cross. 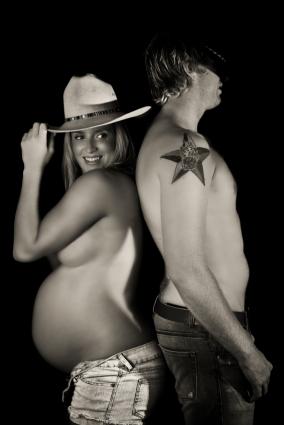 The three-dimensional design of the nautical star makes it perfect for use in any multi-faceted tattoo, and you don't have to assign it special meaning if you don't want to. Some ways to incorporate it with other imagery include: 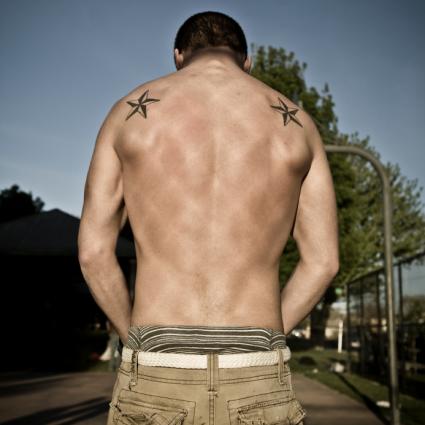 Being an old-school tattoo image, nautical stars have been around in the tattoo world for a long time. These stars were once only popular with people who were in some way attached to the water, but as time went on, other groups adopted the nautical star for their own purposes.

Since the 1940's and 1950's, nautical star tats have been used by some homosexuals to indicate their sexual preference. Lesbians started this practice among themselves during an era when homosexuality was frowned upon and not spoken about. Many lesbians chose to have a small nautical star tattooed on the top of their wrists, which could easily be covered by a watch if needed.

Popular images for people who enjoy punk rock and hardcore music, nautical stars have also found their way into this part of tattoo culture. This group latched onto the star because of its old sailor imagery, as well as the fact that Sailor Jerry tattoos have become extremely popular as of late.

The History of Nautical Star Tattoos 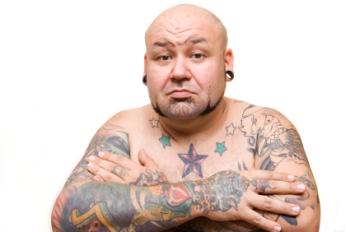 There is no precise documentation to pinpoint the very first nautical star tattoo. However, there is ample evidence, including written references and illustrations, that suggests this design dates back many generations.

Throughout the history of this tattoo design, the seafaring theme has emerged stronger than any other. This is largely due to the superstitious nature of people who undertake ocean voyages and subsequently seek out symbols of good fortune. More than a century ago when sailors depended upon the heavens for navigation through rough seas, they adopted the nautical star as a sign of belief in the North Star's ability to lead them safely home. Over time, the water travel symbolism gradually took on deeper meaning that still reflected the star's good luck symbolism and guidance mythology.

Like the early sailors who braved unknown dangers in pursuit of fortune, glory and the well-being of their kin, soldiers of bygone days also embraced the nautical star for its safety and guidance symbolism. In times of war or danger, members of the military had a nautical star inked on their wrists. The image was placed there both as a way to help guide them home, and to remind them to keep looking.

Creating Your Own Meaning

While the meaning of nautical star tattoos is rich and varied, there is no reason why you have to subscribe to any of these views to wear the star yourself. Whether you simply admire star tattoos and enjoy the three dimensional difference in the nautical star, or you want to assign the star a meaning that is more personal to you, the nautical star is a design that is open to everyone.