The origins of body piercing date back thousands of years. As an ancient style of body adornment, body piercing practices have been integral for cultural rituals and as manifestations of beauty. Although contemporary body piercings may be obtained via different methods due to technological advancements, it's clear that desires for these physical modifications resound through time.

Listed below are some of the most popular contemporary body piercings. Each design is expressed in terms of its origin.

Ear piercings have been popularized and accepted within Western society as normal ornamental jewelry among women (and more recently among men since the punk rock era) since the early twentieth century. However, some of the earlier signs of ear piercing were found in association with mummified corpses that were frozen in hidden locations from over 50 centuries past. Another ancient source of earrings is found within ancient Persian artistry; carved in the walls of Persepolis, male figures were depicted with ornaments on their ear lobes. India's custom of ear piercing is still practiced as a cultural tradition among women, entailing that they get their ears pierced before the age of five. 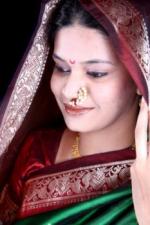 Today you wouldn't be surprised to see a friend decorating her nostril with a pretty stud. In fact, this style has been around much longer than many people realize. In the Book of Genesis 24:22, Abraham's servant is sent to find a wife for Isaac. Upon discovering Rebekah, the servant offers her a golden piece of jewelry meant to adorn her nose. This body piercing is seen very commonly in India as well, often adorning the left nostril of females. This location is associated with Ayurvedic medicinal beliefs and practices, meant to assist female health and wellness during reproduction and child birth.

Tongue piercings have been used in rituals and as rites of passage among many tribal communities. This form of body piercing very is common in Maya and Aztec traditions, indicating one's hierarchical position in life and as an inducement to create an alternate state of mental awareness. Additionally, Middle Eastern cultures such as the Sufis have practiced tongue piercing to exemplify the power of trance states they enter into during certain rituals.

Many tribal societies around the globe have been recorded to wear some form of lip piercing. Specifically in African and South American tribes, there have been anthropologic recordings of individuals who receive lip piercings as symbols of seniority and status among their people.

Naval piercings are attributed to ancient Egyptian royalty. It is said that this style of body piercing was designed as solely exclusive to the sovereign rulers of the land. Punishment by death was the consequence for anyone who opted to wear a belly piercing and was not of royal decent.

Comparing the various origins of body piercings to contemporary body modifications makes for a fascinating study of cultural practices. In today's Western society, body piercings are most often used as expressions of beauty, individuality, and expressive fashion statements. Alongside with tattoos, body piercings have been popularized in modern society as a method of body art. You might say that these body adornments aren't original, but they are certainly historical.