Sporting Puerto Rican tattoos is one way to display pride in your heritage.

Puerto Ricans have a lot a reasons to be proud of their beautiful land. They've struggled through centuries of domination by larger world powers, yet they have managed to keep their culture in tact. Puerto Rican tat enthusiasts like to express pride in their heritage through their body ink. Let's look at a few of the many ways this is done.

There's more than one way to show pride in your Puerto Rican heritage. Consider the following design ideas.

The Puerto Rican coat of arms is a wonderfully rich design that must be seen to be fully appreciated. You can view it here. This design is used to its best advantage when inked as a large chest or back tattoo.

The Puerto Rican flag is an incredible source of pride, and probably the design most often incorporated into Puerto Rican tattoos. The flag was originally designed when Puerto Rico gained it's charter of autonomy after years of Spanish rule, but was quickly put to rest when Puerto Rico was literally given to the United States at the end of the Spanish-American war. The flag was revived once more when the territory was granted Commonwealth status in 1952. 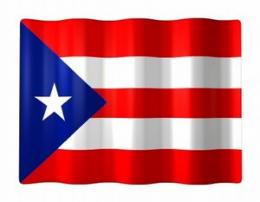 Some Puerto Rican tat enthusiasts have tattoos of the Commonwealth's geopgraphical outline. This design translates nicely into a back or lower back tattoo. You can download a free outline for your tattoo artist at Digital Vector Maps.Once you have the outline, you might want to embellish it with some wording. You can simply fill it in with "Puerto Rico", or you can go with "I (heart symbol) Puerto Rico. You could also fill in the outline with the Puerto Rican flag. One further idea is to mark the city of your birth with its name and a star at the geographical location.

The Puerto Rican population is largely Catholic, so Christian iconography such as cross tattoos, Scared Hearts and rosary tattoos also enjoy a certain popularity. However, other religions such as Santeria and Palo Mayombe are also mined for original tattoo designs.

Popular Puerto Rican celebrities have been known to inspire a few tattoo designs.

Sports fans are inspired to ink a variety of tattoos based on their favorite native Puerto Rican athlete's likeness and, in some cases, team logo. These designs are well suited for arm and shoulder tattoos. 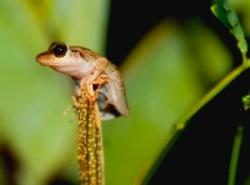 The Coqui is an endagered species of tree frog native to Puerto Rico. While the Coqui is not exactly an official symbol of Puerto Rico, this tiny creature is well loved by the population and has become an inspiration for many women's tattoos.

Even Puerto Rican gang members have their own tat design. Neta, one of the most notorious gangs, have a tattoo a symbol composed of a heart that is pierced by two criss-crossed Puerto Rican flags. The design includes a right hand in shackles crossing its index and middle fingers.