Scorpions have long been regarded as a force to be reckoned with and this may be why there is such a variety of tribal tattoos featuring this symbol. The scorpion's role in legends ranges from being a creature of evil to a healing protector. With such a wide range of significance and meaning, the awe-inspiring arthropod may be the right symbol for your next tattoo. 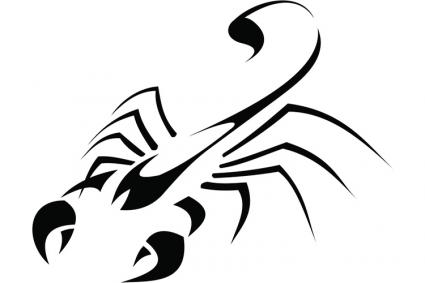 In every culture where scorpions have been found, the lethal stinging barb has fascinated artists and shamans. Images and charms signified protection as well as threat. A scorpion, with its enormous front pincer claws and gracefully curved tail, is a potent tattoo subject. The compact and segmented body works beautifully in a classic tribal design - mostly black with curving abstract forms and segments of solid color.

Contemporary tribal tattoos are based on traditional Hawaiian, Maori, and Tahitian body art, all places where scorpions are commonly found. Tribal-style scorpions evoke danger and treachery, a symbol to command respect. At the same time, they are protective talismans, inked amulets to ward off evil spirits. Mayan and Huichol Aztec shamans regard the scorpion as both a fearsome adversary and powerful protector. Traditional healing techniques inspired the current medical use of oil from the arthropod's venom. Contemporary alternative medical doctors in Cuba use scorpion venom to treat brain tumors. Scorpions send a twofold message: they have the power to poison, but also to heal.

Scorpions are hundreds of millions of years old - truly ancient and fearful creatures that have captured the imaginations of countless cultures. In Egypt, expectant mothers would pray to the scorpion goddess Serqet to ease the pain of childbirth. Legends surrounding gods and goddesses are laced with scorpion tales. Egyptian Isis had giant scorpions as body guards, and the Greek hero Orion became a constellation after suffering the sting of a scorpion on his foot. The sinister bugs are the stuff of stories - infinitely adaptable, able to survive almost every kind of inhospitable condition, and spring into venomous stinging action, even from complete hibernation. They are lethal weapons in murder mysteries - the deadly venom in the lashing tail stinger can immobilize and fell a small animal, and a few of the species carry powerful enough venom to kill a human. 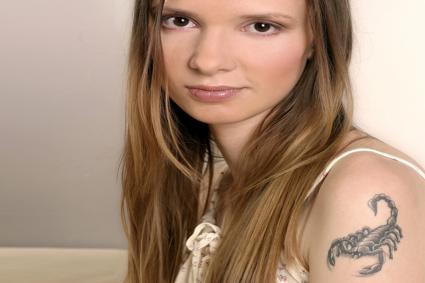 The mighty scorpion appears in many religious stories. In Buddhist mythology, a king believed that dreaming of giant scorpions was a message from beyond that he should stop persecuting monks. Scorpion prints and charms are still seen in Tibet today. Scorpions are also found in temples as protectors of Dharma.

In the Christian faith, it is said that the Israelites trampled scorpions as a metaphor for scaring away the devil. 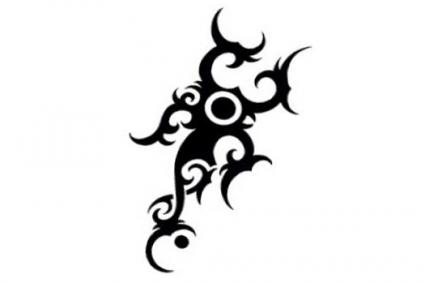 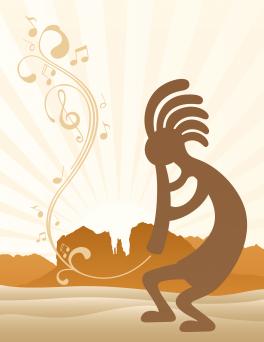 Kokopelli is a trickster figure, a dancing, flute-playing image carved into the sandstone cliffs of the American Southwest by the lost Anasazi tribe. The image symbolizes playfulness, good luck, health and fertility for both people and crops. Its simple, curved, dancing and flute-playing shape merges seamlessly with another creature of the Southwest deserts and cliffs - the scorpion. Scorpions were common motifs in the pottery and rock carvings of the region, such as those produced by the Mimbres tribe. That art often paired figures, combining their symbolisms to tell a richer story. A trickster-scorpion tattoo honors this tradition, and the distinctive, figurative art of the region. The combination is an abstract but recognizable scorpion tattoo with many of the tribal design elements of the Kokopelli figure. The duo is both playful and powerful - the self-protective and deadly scorpion disguised in the mischievous persona of a trickster.

Getting a scorpion tattoo is often a choice for people born under the astrological sign of Scorpio. Those sexy souls born between October 24th and November 22nd are known for being passionate about life. They are fierce enemies and powerful healers just like the animal that symbolizes their place on the zodiac. Scorpios may do well to get a tribal tattoo that pays homage to their astrological sign. 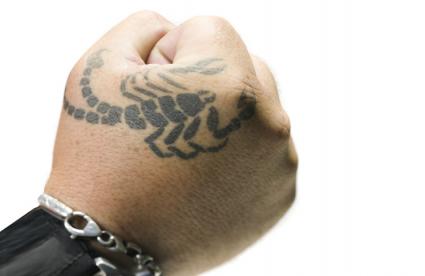 Scorpion tattoos are usually long in shape. This makes the narrower, longer parts of the body an ideal spot to have them inked. Arms, legs, and even feet (if you dare) are all places to consider putting your tribal tattoo. Consider the size and symmetry of the tattoo when deciding where to place it on your body. Your tattoo artist will be able to make useful suggestions.

Each species of scorpion has subtle but distinctive characteristics that a good tattoo artist will adapt to a tribal design. So know your arthropods and choose your particular poison. But beware, the tattoos are seductive. Perch one, tail curled high, on a pelvic bone and it could lead to a pair of giant pincers wrapped around your ankle, or a deceptively small and neat little scorpion nestled against your neck. Once bitten, you may find it impossible not to succumb to the allure of the mesmerizing tribal designs.