Tattoos at work can be a difficult subject to explore. With so many people choosing to get ink these days, workplaces are forced to come up with new policies regarding body modifications.

Historically, tattoos have been seen by society as a mark of many things - but responsibility is not one of them. Many employers believe that tattoos at work display their companies in a dim light, because employees with tattoos and body piercings are not seen as reliable workers. 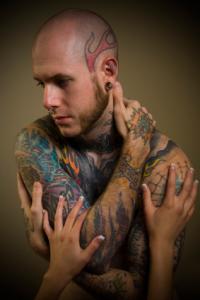 Most larger restaurant chains will not allow visible tattoos or piercings on their employees. Places like McDonald's, Arby's, and other fast food spots have policies against tattoos showing, and even stricter policies against piercings. Facial piercings, such as those on the nose or Monroes are not allowed to be exposed. This is partially because of the way these piercings look - and how the company wants to be portrayed - but also because some states feel facial piercings are a health hazard.Starbucks is another example of a company that will not allow visible tattoos or piercings - a fact which comes as a shock to many who apply there. They have gone so far as to state that their baristas can only have two pairs of earrings in each ear - and no "unusual" ear piercings.

It's not just food companies, however, that frown on tattoos at work. Many large retail chains will not hire employees that have tattoos on their faces, hands or any other extremely visible spot. They may also require that any tattoos in marginally visible places, such as the ankles and arms, be covered at all times. While less companies are discriminating against potential employees by not hiring those with tattoos at all, most do not want to be able to see any tattoos or piercings you may have. Banks and other places where an extremely professional atmosphere must be maintained also have issues with multiple tattoos that show - and of course, in the corporate or business world tattoos may make the wrong impression on a potential client. 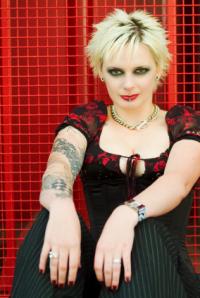 Of course, there are some places where tattoos are not frowned upon - in fact, they may even be encouraged! If you want to work in a tattoo parlor or other body modification establishment, an abundance of tattoos may be just the key you need to getting a job (of course, training doesn't hurt!) Other places that tend to hire those with tats include indie coffee shops, music stores and "head shops". If you're in a college town, the policies on tattoos at work may be more lax.For large companies that hire tattooed individuals, places like Hot Topic, Spencer's and Torrid all encourage the body modification lifestyle. These places, because they cater to customers who are pierced and tattooed, want their employees to be similar to their clientele.

Some people feel that they are being discriminated against when a job refuses to hire them due to tattoos or piercings. Some have even tried to sue companies stating that they are being discriminated against in much the same way that someone from a different religion might be. This article at BMEzine goes into detail about this subject. Unfortunately, it comes to a conclusion that many with body mods may not like: you can be fired (or not hired) because of tattoos. In an environment where tattooing is not covered as a religion or racial issue, employers have the option to hire or not hire those with ink.

The fact that tattoos at work may not always be appreciated is another good reason to make sure you think carefully about any ink you plan to get. Make sure that you are going to be comfortable with that image on your body (in that location) for the rest of your life - no matter what job or profession you may end up in.