Need some ideas for great Taurus tattoos? Give us five minutes and we'll show you some!

If you want to know what kind of ideas make great Taurus tattoos, you can begin your search with this sign's basic personality characteristics.

Taureans are born between April 20th and May 20th, and are known for their sheer determination if nothing else. A Taurean generally knows what he/she wants, and won't let anything stand in the way of achieving it. People born under this zodiac sign truly appreciate the pleasures to be wrung out of life, and can sometimes be a bit materially oriented. However, Taurus is one of the Earth signs, so the typical Taurean's feet are planted firmly enough on the ground to keep him/her out of trouble.

No shortage of great imagery here to turn into original Taurus tattoos.

The bull is the best known image associated with Taurus, and although Taureans can be bull-headed, the story behind this imagery is actually a tale of forced romance. 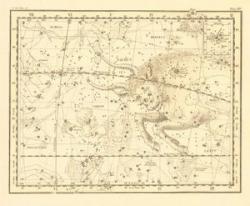 The god Zeus was fairly well known for his attraction to mortal women, and in this instance it was the Greek princess Europa that held sway over his flighty affections. Being a creative lover, Zeus disguised himself as a white bull when he went to woo Europa. For her part, Europa was fascinated with the seemingly gentle bull; so much so that she climbed upon his back. At this point, Zeus quickly whisked the princess away to the isle of Crete where he promptly forced his attentions on her.

Drawing on this story for some tattoo inspiration, you might choose:

As you now know the story of Europa and the bull, it's time to consider this sign's constellation as fodder for a completely awesome tattoo.You might choose to depict the bull constellation strictly with stars and the obligatory connecting lines that offer a brief suggestion of the bull imagery. You could also super-impose your stars over a more detailed image of the bull.

The glyph for this sign is a classic, and leaves no doubt about which sign it pertains to. A circle is fitted with horns at ten and two o'clock. What could be more simple, yet so descriptive?

Venus just happens to be the planet of love, passion and beauty. So how can you translate this info into more Taurus tattoos? 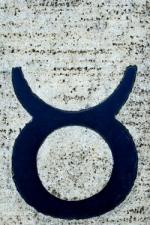 The feminine Taurus may prefer to forego the bull imagery and go with a softer image associated with this sun sign. Flowers within the Taurean realm include:

No matter whether you decide to go with the bull, the glyph or one of this sign's other associated images, all look fantastic when given either the tribal or Celtic treatment.Tribal style Taurus tattoos put the bull's jutting horns to perfect use, since tribal tats contain a good deal of sharp points and slices. Imagine a bull tattoo like this placed on your lower back just above the pant line. Very sexy.

On the other hand, Celtic style tats have a bit in common with tribal ink work, but it's the knot work that garner's this genre the most attention. Try to imagine Taurus' glyph imbedded in a medallion of knots. A tat like this would look terrific placed on your outer shoulder.