There are countless tribal designs and tribal art images that work well as tattoos, from aboriginal images to Native designs. Whether people are getting these tattoos to connect with a tribal ancestral heritage or simply because they like the look of the historical design is immaterial. The fact remains that tribal tattoos are more popular today than ever before.

Motifs and Symbols in Tribal Art

The most important thing to note when you're getting a tribal tattoo is that both the design and the motifs within may have meanings. The following list contains several symbols and motifs that are commonly used in this tattoo genre. 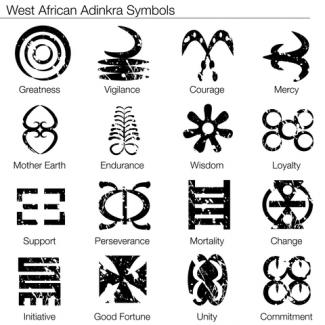 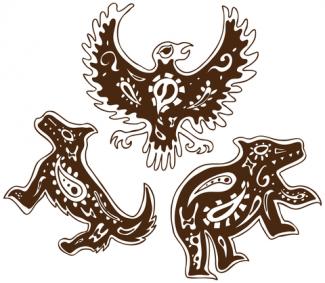 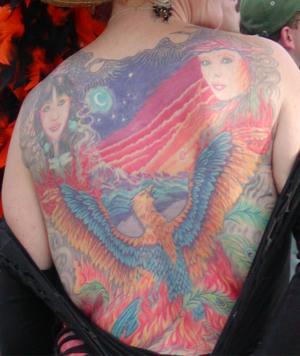 If your reason for seeking a tribal tattoo design is to honor your own tribal heritage, be absolutely certain you know what that heritage is. There are many people who have a small amount of Native American ancestry in their family lines, but it is so far back that they may or may not really know which tribe that ancestry hails from. A tattoo is, in most cases, a permanent mark on your skin so don't make the mistake of getting an Apache or Sioux tribal tattoo only to find that the Native American ancestry you share is actually Hopi or some other tribe.

Some Native designs that may work for a tattoo include: 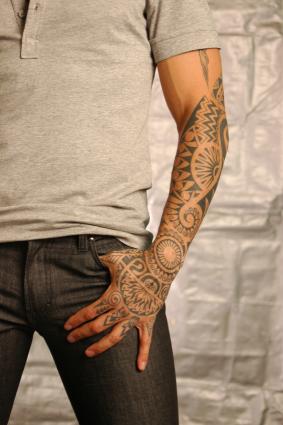 Three of the most common colors from tribal art that can be represented in tattoos are black, red and yellow. Black is very popular and is used for many tribal tattoos. Red symbolizes fertility in some cultures, but in others it was just an available color. Yellow is another color that was readily available to many cultures.

Tribal designs in tattoos are typically characterized by stark, black, arcing lines and mirror-image patterns. These lines and curves may run parallel or intersect, and they're often broader on one end and come to a point at the end.

While the tribal peoples who created these designs as a part of their respective cultures hail from all over the world, tribal designs available in most tattoo shops are either a conglomeration of various tribes' designs or are Celtic in origin or inspiration.

If you wish to obtain a more traditional tribal look, or you want the look of a tribal tattoo without being permanently inked, opt for a henna tattoo. This temporary ink is still used today by actual tribal people in different parts of the world, and it creates a very authentic-looking tattoo.

Tribal art dates back as far back as 1500 BC. The term is used to describe the indigenous artwork created in various areas of the world. Sometimes called Native art, the most common places that people think of include Africa, Oceania (which includes Australia, Southeast Asian Islands, Micronesia, Polynesia and Melanesia), and the Americas (North, South and Central). Religious iconography can be included in tribal art, but artwork of currently existing religions, such as Islam, Christianity and Buddhism, often falls under the category of religious art. To find examples of tribal designs, you may want to pick up a copy of Judith Miller's Tribal Art.

Just For The Fun Of It

Of course, most tribal tattoos today are obtained because the wearer wants to achieve a certain look, not because of any actual ancestral tribal heritage. Some tats incorporate tribal designs into recognizable shapes such as butterflies, scorpions, fish and skulls, while others are simply applied in interesting patterns. The arcing curves of most tribal designs make them excellent choices for curving around arms or legs, but tribal tattoos are just as often applied on the back, chest, shoulder, or anywhere else the wearer wants a tattoo.

Many tribal tattoos were originally received as rights of passage or as identification within a tribe, and they were worn with pride. Regardless of which tattoo image you choose or your reasons for choosing it, wear it proudly to continue the tradition.