Winnie the Pooh tattoos might seem a bit incongruous. Most people think of tattoo enthusiasts as tough individuals who don't think about childhood stories - but this little bear has broken into the hearts of many inked people.

Winnie the Pooh is a children's book character developed by the writer A.A. Milne. His name was originally spelled out hyphenated, as Winnie-the-Pooh, and was (and still is) sometimes shortened to just Pooh. Pooh first appeared in the book Winnie-the-Pooh (written in 1926) and he was also the subject of the book The House at Pooh Corner (1928). Generations of children have grown up hearing the stories contained in these two books, as well as the various poems and other works that Milne wrote about this bear.

Disney may be credited as really bringing Winnie the Pooh into the limelight, however. Once this company bought the rights to Pooh's story, several short films were created featuring the bear (who was re-drawn into more of a cartoon style). Children of another generation were now able to see Pooh come to life, and watch him get into predicaments over eating too much honey and straying too far from home.

When getting a tattoo of Pooh Bear, you have several choices on how you'd like him to look. As with any animal tattoo, you can choose just how detailed or how abstract you'd like your Pooh to be - although few people would choose to depict this little teddy bear ultra-realistically. 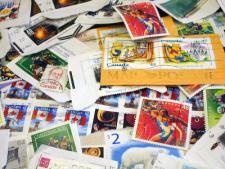 There are basically two different types of Winnie the Pooh tattoos: those that use the style known as Classic Pooh, and those that show the cartoon Disney Pooh. Classic Pooh is the original bear - the way he was drawn by illustrator E.H. Shepard. He looks much more teddy bear-like in this version, and he is shown without any clothing.

The Disney version changes this up a bit, making Pooh a bit rounder and a bit bolder. Usually he is shown wearing a red shirt in the Disney version - often times with the word "Pooh" written across it. His face has much more expression, and he seems a bit more cheerful. 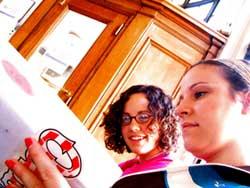 Some people choose to get other characters from the Pooh world tattooed on themselves as well. Eeyore is also a favorite of many Pooh lovers - his morose personality and gloomy charm have attracted many followers. Sort of the anti-Pooh, Eeyore is often liked by those who are more moody themselves. Tigger is another popular image - many are charmed by this bouncy tiger who always seems full of life and mischief. Other characters include:

A Word of Caution

It is important to be aware that getting tattoos of cartoon characters, such as Pooh, might seem like a great idea now - but could be regrettable later. Many people live to regret tattoos that they got on an impulse, and these often include cartoon tattoos. Be sure to consider the possibility you might not want a Pooh tattoo when you're 80, and pick a spot on your body that can be covered if you're at all in doubt. It's a lot easier to get a tattoo than to remove one!

Whether you choose to get a Winnie the Pooh tattoo because you loved the stories as a child, or because you enjoy the artistry of the Disney cartoons, you'll be in good company. There are many others who choose to get cartoon tattoos - from just one to an entire group of tattoos based on a theme. Along with the world of Winnie the Pooh, some people choose to get an assortment of other Disney characters. In fact, the Disney Tattoo Guy, George Reiger, has over 90% of his body covered in Disney tats!