Do you love wizard tattoos? You're not alone. The Lord of the Rings trilogy has breathed new life into the entire fantasy genre.

Fantasy themes had quite a mainstream heyday in the 1980's, mainly due to the advent of the game Dungeons and Dragons, and a rash of "sword and sorcerer" films. In the early 90's, magical themes returned to their usual realm of science fiction novels, but not for long.

The series of Harry Potter novels, and the filming of H.R.R. Tolkein's Lord of the Rings trilogy reignited interest in the genre, and wizards and all things magical were in vogue once again. 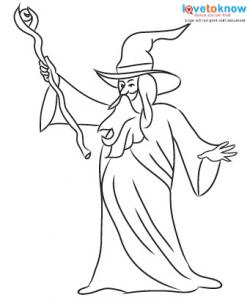 Today, wizards are mainly thought to be folklore, but in the past many people believed they were real. In some cultures these conjurers were feared, and thought to be in league with the devil. In other cultures, wizards were respected and revered as wise men who lived a hermit's life, but could be sought out for advice and other assistance.

All in all, wizards, if they truly did exist, probably fell somewhere in the middle ground - using their powers in ways that would likely benefit themselves the most. Isn't that always the way?

Perhaps some of these famous, and often infamous, characters will help you find inspiration for your own wizard tat?

Merlin has been the stuff of legends for hundreds of years, and his name is virtually synonymous with wizardry. This character, who some believe was a real-life Druid magician, features prominently in Arthurian legends.

Sorceress Morgan Le Fey is one serious femme fatale. After all, she brought down a wizard and a king, didn't she?

Sometimes Morgan is pictured as a crone, but more often her image is that of a sexy she-devil. Which do you like better?

Circe is the Greek goddess/sorceress best known for her appearance in Homer's epic poem The Odyssey, where she proceeded to turn Ulysses' crew into pigs, and make him her love slave. She is always pictured as sultry, and somewhat scantily clad.

Powerful wizard and friend to all Hobbits, Gandolf is probably the inspiration behind most of the wizard and sorcery tattoos created since the popular trilogy of movies began rolling out of the New Zealand forests.Gandolf tats often feature this wizard in action, riding his magical horse with his robes and long hair billowing in the wind. 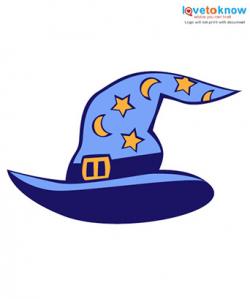 If you think Harry Potter the boy wizard is just for children, think again. This series of magical adventures has been read by just as many adults, making Harry just about the most popular wizard ever.If inking his face on your body doesn't thrill you, you can take the low key route and just go with a lightening bolt tat.

Kindly Dumbledore is definitely a point of light in the Harry Potter series, but his grandfatherly appearance sometimes belies his inner strength and amazing powers. Still, this wizard definitely has his followers, and his congenial mug can be found inked on more than one Potter fan.

If Dumbledore is the light, then the consummately evil Lord Voldemort is definitely the dark. Here's an idea for a future tat: Pull both wizards into a Yin Yang tattoo.

Monty Python and the Holy Grail is in a class all by itself, and the Broadway production of Spamalot has really revived enthusiasm for this skewering of the King Arthur legend.

Tim the Enchanter and his impressive set of ram's horns certainly provides some great artistic inspiration for wizard tattoos, especially for anyone with a wry sense of humor. He's certainly no Merlin, but he does project a sort of queasy charm.

This movie may seem a little corny, but it's a beloved family classic. If you don't care for the image of the round and friendly wizard-next-door, how about the "great and powerful" Oz surrounded by flames?

Wizards can be dark or light, young or old, man or woman, good or evil. Which style suits you?