If you are contemplating a Chinese lion tattoo, learn the significance of this animal to the Chinese first. While you may like the Chinese-style lion purely for its aesthetic qualities, you will enrich your appreciation of the design by learning about the icon's history and meaning. This will also prepare you for the barrage of questions you are likely to receive about the tattoo throughout your lifetime. You may also learn about the icon's meaning and history and decide the tattoo isn't for you. No matter what you decide, before you sit down in a tattoo artist's chair, familiarize yourself with exactly what the lion symbolizes in Chinese culture. 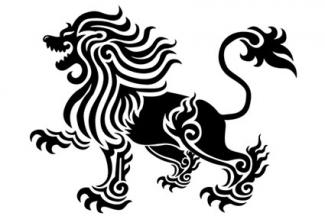 The lion is not indigenous to China. Rather, it was introduced by Buddhist monks from India some time during the first century C.E. Since being introduced into China, the lion appears in a number of culturally significant places. 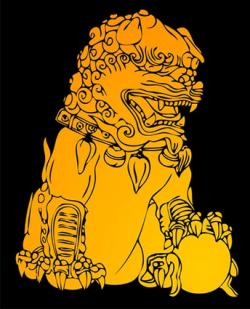 Now that you know the symbolism of the Chinese lion, begin designing your tattoo to emphasize those aspects of the lion in Chinese culture that resonate most with you. For example, you could have an opposing pair of Chinese lions, one male and one female, both depicted in the traditional style. Another option would be choosing a placement of lions significant to you as a protection against the influence of evil and evil spirits in your life, or choose a tattoo which depicts a piece of Chinese architecture, complete with the lions guarding the gates.

While there is no "Year of the Lion" in Chinese astrology, there are many similarities between Chinese depictions of the lion and the symbolism of the sign of Leo on the zodiac. If you have a birthday in Leo, you may want something more exotic to represent this than the glyph used to represent the sign in Western culture. Another option would be a tattoo of the lion costume from the lion dance of the Chinese New Year.

No matter what symbolism you identify with and what type of Chinese lion tattoo you choose to get, select a tattoo artist carefully. Particularly when displaying a cultural symbol on your body, it is important to choose your artist with the utmost seriousness and care. Select an artist who can accurately depict the lion in the style of Chinese art and produce a tattoo of quality that shows your respect for the culture. Make sure to do careful research about an artist before you sit in her chair. This will ensure a beautiful tattoo you are proud to show people for the rest of your life.