Members of the military and civilians alike get patriotic tattoos to show their love of country. If you really love America, show it on your arm; this is prime real estate for a tattoo because it is a highly visible area. Conversely, an arm tattoo is easily covered up with a long-sleeve shirt. Consider any number of symbols you can get tattooed on your arm to let people know that you are proud to be an American.

Patriotic Tattoos for Your Arm 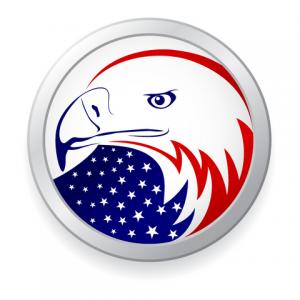 Few things are more patriotic than the American flag. Old Glory is more than just a symbol of the American government, it is a symbol of American culture. It is a patriotic symbol that has broken outside the confines of traditional patriotic symbols to become a symbol of popular culture in its own right. It has appeared on t-shirts, patches, belt buckles and even guitars, such as the Wayne Kramer signature Fender Stratocaster. It will look just as good on your arm as everywhere else.

Whether you are a member of the military or just a supporter, a military symbol can allow you to literally wear your love of country on your sleeve. The classic "serpent-anchor-globe" tattoo of the United States Marine Corps is one of the most famous and iconic symbols of the American military to be represented in tattoo form. There are also seals for every branch of the United States military; tattoo any of them on your arm.

You don't have to select a single patriotic image to get tattooed on your arm; combine two or several into an image together, such as a weeping American eagle in front of an American flag. If you are having trouble coming up with a design, talk to your tattoo artist and see what she recommends. She can maybe help you come up with a patriotic symbol to get tattooed on your arm that is specifically tailored to your personality.