The self-expression that tattoos embody can take on a literal meaning through the use of words or phrases. This may mean a simple set of words, block of text from a beloved song or quote, or it may be as simple as displaying family pride with a name. There are many ways to express yourself through the use of tattooed words, including using a different language.

The Various Forms of Words

There are an estimated 3,000-6,000 languages found all over the world. These languages take all different forms, from symbols to words, that are very similar to the English language. While not every language can be covered, there are a few common languages that English speakers might find interesting.

With millions of speakers and a deep cultural background, Spanish is a Romance language that originated several thousand years ago. Spanish word tattoos are found all over the globe and a few common ones include: 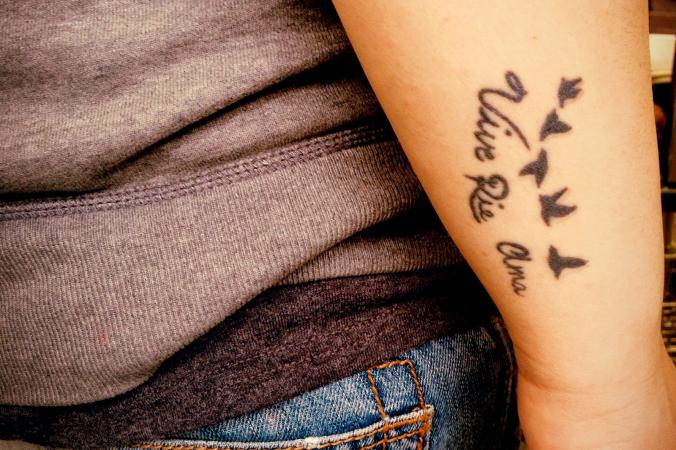 Commonly known as the language of love, it is no surprise that French language tattoos are trending. This flowing fun language offers several tattoos that show your sensual side along with your love of culture.

You can't discuss foreign language word tattoos without delving into Asian languages like Chinese and Japanese. These are very popular symbols and can span both Ganzi and Kanji characters along with several others. These fun tattoos allow you to convey meaning through symbols and look beautifully exotic on the skin. Additionally, they allow you to add a personalized hidden touch to your tattoo if you are a non-native. The characters below, which can be translated to mean 'Love, Friendship, Health' can be a symbolic and special to anyone. 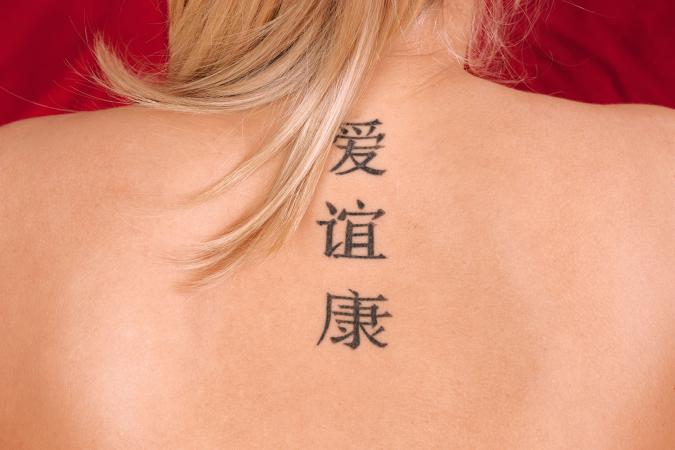 Another set of languages that has deep cultural roots is that of Gaelic and Irish. There are several forms of Gaelic and various word meanings. However, a few of the more popular tattoo ideas in this language are: 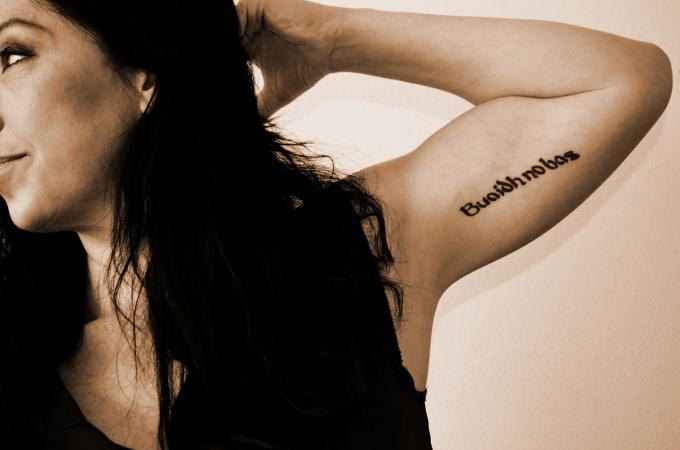 Latin is considered a dead language that is no longer spoken. However, Latin is the backbone for many current languages, including English, and a popular word form in tattoo parlors. A few of the more prevalent Latin phrases include:

Whether you find its shapes exotic or think that it is cool or edgy, Arabic word tattoos can offer a fun way to decorate your body with words. Very different from the English language, this language can appeal to many because it offers great hidden meaning. It can also be a great way to connect with your family or legacy.

An inflected language, the German language has a rich history that dates back to the 1st century BC. With over 90 million speakers, it isn't any surprise that this language appeals to word tattoo enthusiasts. German also offers the fun idea of words that don't translate in English to a particular word, but instead a feeling. Some more common German words found on people include:

Rounding out the Romance languages is Italian. Native to Italy, Italian has more than 60 million speakers throughout the world. Italian is a passionate language with a deep, rich background. Common phrases for Italian word tattoos are:

Tattoos are a unique form of self-expression. They are both for the benefit of the wearer and for the benefit of those who look at them. For this reason, people often choose tattoos that have a personal meaning, but the design and ultimate placement of the tattoo are determined by what they want others to see.

For some people whose ancestry is from a culture or country with both its own language and way of writing, such as Arabic, getting a word or phrase in this language can be a way to express pride in your roots. In this case, the word itself is kept private for you, but you announce to the world your heritage, family lines, or connections to another place and culture.

Tattoos can be a way of inviting others in. Having a tattoo written in another language or in a character not in the English alphabet is a way to invite others to ask, "What does your tattoo mean?" If you want comments or conversation about your tattoo, adding a word or phrase in another language is a great way to achieve this. The tattoo below signifies a Samuri spirit, but using a different language lets you share the meaning of your tat if you wish or allow it to remain a mystery. 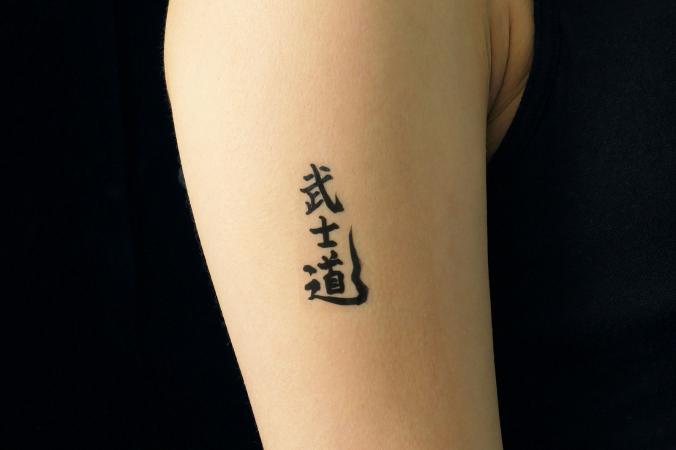 Some Chinese and Japanese characters have similar strokes, but different meanings. The Chinese character for "strong" in Mandarin also meanings "passion" in Japanese, for example. Getting a tattoo of a character with a double meaning is one way to keep a tattoo personal while still displaying it for all to see. When asked for its meaning, simply give the public version and keep the other to yourself.

There are no limitations to a word tattoo when it comes to placement. You can find these tattoos on the shoulders, legs, arms, back, and chest. One of the things to consider when placing your foreign word is how big it will be and how visible that you want it. If it's something that offers personal meaning or pushes you to succeed like 'N'aie pas peur' then you might want to put this quote on the wrist or forearm. This is a place that you can see and remind yourself daily. However, if this is a larger piece or larger quote, you will find this in a larger area such as the back or upper thigh. 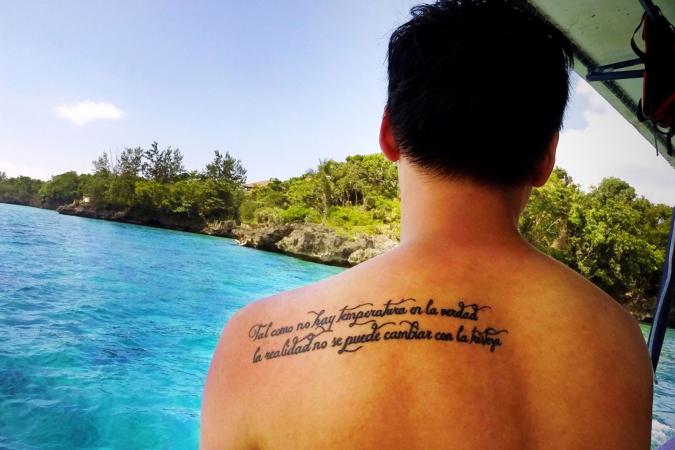 Unless you are perfectly fluent in the language you are considering getting your new tattoo in, make sure you research the exact meaning and wording before getting your ink. Misspelled words or an incorrect translation can render your tattoo an embarrassment rather than a source of pride.

Consider the direction a character takes and avoid placing something upside down or backwards. Pay attention to the way muscles or bone will curve a tattoo, particularly one in a different alphabet, to avoid changing the meaning of the tattoo.

Think long and hard on what the connection is to the language. After all, more than likely you will be asked what the meaning of the word is, and what it means to you.

It's All About Translation

Words are a literal way to put your heart into your skin. Words can discuss a feeling, meaning, or just show your heritage. Using a foreign language, because it is part of your heritage or just because you like it, can really add depth and intrigue to your word tattoos. While this type of tattoo can fit literally anywhere, make sure to double check your meanings or quotes with native speakers to ensure that you are getting the right translation. Now, find the language that appeals to you and see your artist.